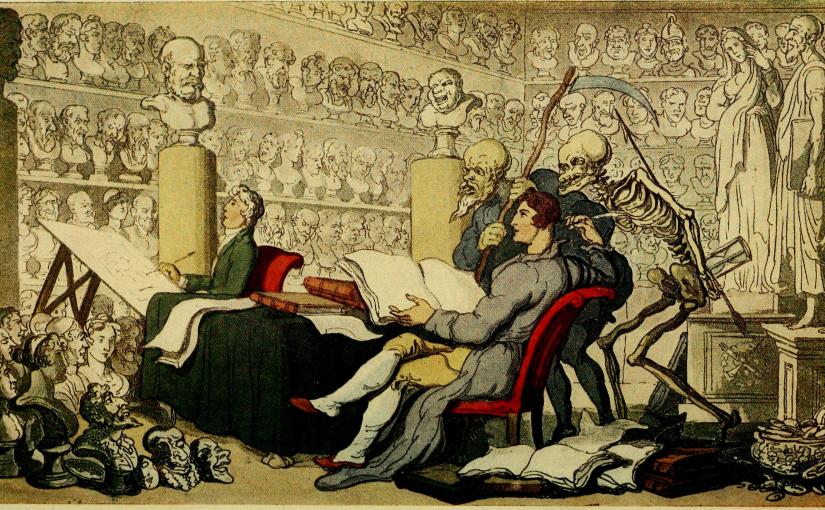 [These two pages are growing slowly: see Page History below.]

As well as three of William’s obituaries, these pages includes death notices or obituaries of family members and some significant others.

Aunts and uncles (with their spouses)

The Scots Magazine and Edinburgh Literary Miscellany | January 1805 | Deaths (January 2) | At his seat at Baylis, near Salthill, in Berkshire, aged 72, the Right Honourable Alexander Wedderburne, Earl of Roslyn, Baron of Loughborough, in Leicestershire,andBaron Loughborough in Surrey. His Lordship had been long subject to the gout; but for some weeks past he was so much recovered as to visit round the neighbourhood; and on Tuesday night, January 1st, accompanied the Countess to her Majesty’s fete at Frogmore. Next morning his Lordship rode on horseback, to visit several of the neighbouring gentlemen, and after his return to Baylis, went in his carriage to Bulstrode, to visit the Duke of Portland, and returned home, apparently in perfect health. At six o’clock, as his Lordship sat at table, he was suddenly seized with a fit of the apoplectic kind, and fell speechless in his chair. At twelve o’clock his Lordship expired.

His Lordship was born the 13th Feb. 1733, and married Dec. 31, 1767, Betty Anne, only daughter and sole heiress of John Dawson, Esq. of Morley, in Yorkshire, by whom, who died February 15, 1781, he had no issue. His second Lady, whom he married September 12, 1782, was the youngest daughter of William Viscount Courtenay, and aunt to the present Viscount Courtenay, by whom he had a son, born October 2, 1793, and since dead. His Lordship was appointed Solicitor-General Jan. 26, 1771, and Attorney-General June 18, 1778. On the 14th of  June, 1789, he was created Baron Loughborough; made Chief Justice of the Common Pleas, and called to the Privy Council; in the year 1783, he was appointed First Commissioner for keeping the great Seal, and on January 27, 1793, Lord High Chancellor of Great Britain. By a second patent, October 31, 1795, he was created Baron Loughborough, of Loughborough, in the county of Surrey, with remainders severally and successively to Sir James St Clair Erskine, Bart. and to John Erskine his brother; and by a patent, April 21, 1861, Earl of Roslyn, in the county of Mid-Lothian, to him and his heirs male, with remainder to the heirs male of dame Janet Erskine, deceased, his sister.—He is succeeded in the title by Sir James St Clair Erskine, Bart. his nephew.

His Lordship’s grandfather [ … ] married Mary, daughter of James Deas, of Cowdenknows, in Berwickshire, Esq. by whom he had Peter, the father of the late Earl of Roslyn [ … ] married Janet, daughter of Capt. David Ogilby, by whom, who died in 1771, he had two sons, Alexander, the late Earl of Roslyn, and David, a Brigadier-General, killed at the reduction of Baroach, in Bombay, Dec. 31, 1773; and one daughter, Janet, married to Sir Henry Erskine of Alva, Bart. [ … ]

On Saturday the 12th, at seven o’-clock, his Lordship’s remains were removed from Baylis, for interment in St Paul’s Cathedral, and arrived at the Yorkshire Stingo, New Road, at one where the company assembled. The procession was as follows:- The Undertaker, Two Conductors on Horseback, State Horse, Coronet, and Cushion, Two Conductors on Horseback. Six Horsemen in Cloaks. Hearse and Six Horses, decorated with Escutcheons, Feathers,and Velvets The Coffin, covered with rich black velvet, richly chased, and gilt furniture, and brass inscription. His Lordship’s arms: ALEXANDER WEDDERBURNE, Earl of Rosslyn, Baron Loughborough, Born 13th February 1733–Died 2d January 1805. Ten pages on foot, with silk-bands and truncheons. Five mourning coaches, drawn by six horses, with feathers, velvets and escutcheons; two Pages attending each coach, with silk hatbands and wands. The first and second coach contained the Pall-bearers; third coach, the two Chief Mourners, Sir James St Clair Erskine, Bart. and Mr John Erskine; fourth coach, Messrs. Wrottesley, Coates, and Newbolt; fifth his domestics.—His Lordship’s two carriages followed empty, as did Sir James’s and those of two other friends. The cavalcade arrived at St Paul’s at half past three, where they were met by a Prebendary of the Cathedral, and conducted to the Chapel, where the Lessons were read. The body was taken into the vault, and there set on trussels until his vault is finished. The company remained above till the remainder of the burial service was concluded.

Annual Register 1828 | Deaths (February 24) | At Oaken, near Wolverhampton, in her 80th year, the hon. Frances, relict of major-gen. sir John Wrottesley, bart. M. P. for county Stafford; eldest sister to the dowager countess Rosslyn, and aunt to visc. Courtenay, the late lady Charles Somerset, the countess of Lisbon, lady Geo.Thynne, the countess of Mountnorris, the late lady Robert Somerset, &c. She was the third daughter of William first viscount Courtenay, by lady Frances Finch, daughter of the second earl of Aylesford. Her ladyship was a maid of honour to Queen Charlotte, and was married to sir John Wrottesley, June 7, 1770, who died in 1787, and by whom she had the present bart. four other sons, and four daughters.

THOMAS LOCKE THE OLDER AND HIS FAMILY

THOMAS LOCKE THE YOUNGER AND HIS FAMILY

DIED. Last Friday [21 March] […] relict of Edward Jefferies, Esq: […] and affectionate, a Mistress […] indulgent, discharging all the duties of […] that benevolence and mildness which ever distinguishes the amiable part of her sex; she bore a tedious illness with patience, and saw her approaching dissolution with that calmness and resignation, which Christianity never fails to inspire.

Thomas Locke | Limerick Chronicle 28 June 1848 | At Castleview, in this county, on the 25th inst. Thomas Courtenay, Esq. J P, eldest son of the late Rev Thomas Locke, after a short and painful illness, which he bore with Christian fortitude and patience. His loss will  be severely felt in this county, and, especially, in that neighbourhood, which witnessed his daily labours in the cause of the suffering poor. His friends sorrow not, as those without hope – being assured that he is now “Resting in Jesus,” his own oft repeated expression during his illness.

At Croagh, in this County, at a very advanced age, the Rev. William Ashe, the Venerable Prebendary of that parish. Few men possessed higher literary attainments, a clear recollection of which he retained to the last, – while the many Christian and social virtues which adorned his lengthened life will cause his memory to be long revered. He died trusting alone in the merits and mediation of his Blessed Redeemer.