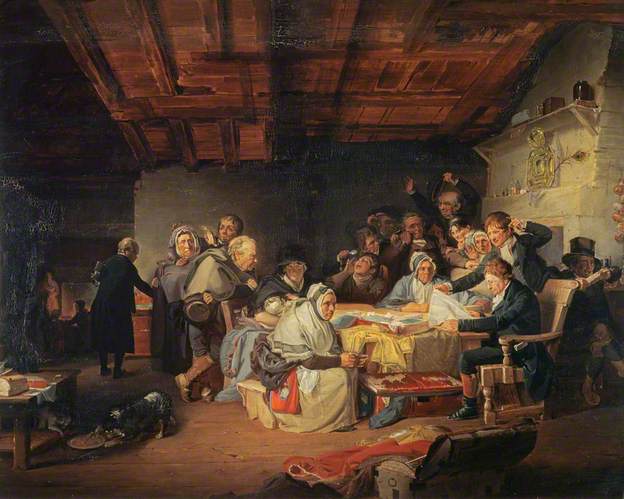 [These two pages are growing slowly: see Page History below.]

This page includes information about the wills of some people in William’s circle and references in their wills to William by name. There are transcripts of 20 of the shorter wills and 2 extracts from the National Probate Calendar (Index of Wills and Administrations) on the page Wills of other people 2.

The National Archives hold copies of most of these wills proved before 1858: they can be located by the PROB references given below. These wills can also be viewed online at Ancestry.

Before the Married Women’s Property Acts of 1870 and 1882, it was unusual for married women to leave a will.

1    MEMBERS OF WILLIAM’S HOUSEHOLD (with professional advisers & their families)

William’s aunt Lucy died before her husband (John Cotes) and probably did not leave a will.

Most of William’s sisters probably did not leave a will: three died young (Amelia, Eleanor, Isabella) while five more died before their husband (Anne, Elizabeth, Harriet, Louisa, Lucy).

William is mentioned by name in some of these wills: